ATLANTA, OCTOBER 19, 2016 /PRNewswire/ – Crown Bay Group has purchased an Office Building; The Atlanta Executive Center, also known as 2001 MLK. It is an 83,000 square foot, six story building on ML King Jr Dr, SW in Atlanta. Recently, the City of Atlanta has passed into legislation the funding to streetscape and upgrade the whole of the MLK corridor, to include road medians, artwork benches, pocket parks and more. Their goal, according to Mayor Kasim Reed in recent press conferences, is to make the street the “Jewel of the City and is the Gateway to the West. We are excited that the Atlanta City Council recognized the importance of moving now on this project to ensure this unique and productive partnership with the Georgia Department of Transportation,” said Mayor Reed. “Atlanta is the birthplace of Dr. Martin Luther King, Jr. The street bearing his name should represent his legacy and stand as a source of pride and excellence for all who travel on it.”

Crown Bay Group has met with City Officials and will be upgrading the interior and exterior in line with the City’s vision for the MLK Corridor. This building, with its bold architecture has become a local icon worthy of being brought back to its full potential to play its part in MLK Jr Drives next chapter in Atlanta history.

Steve Firestone, CEO of Crown Bay Group says “We saw the potential to revitalize the building and bring new businesses into the local community. We are also very excited and proud to play even a small part in the City of Atlanta’s ambitious and visionary revitalization project of the MLK corridor.”

If you are interested in leasing office space here contact; Wiley Real Estate Group (404) 261-6154. The building is in a HUB Zone. 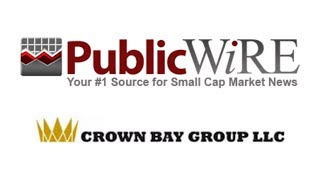